Until today at least 7,185 women remain in the condition of disappeared person. Almost half of them are under 18 years. 52% of the cases occurred during the current administration. 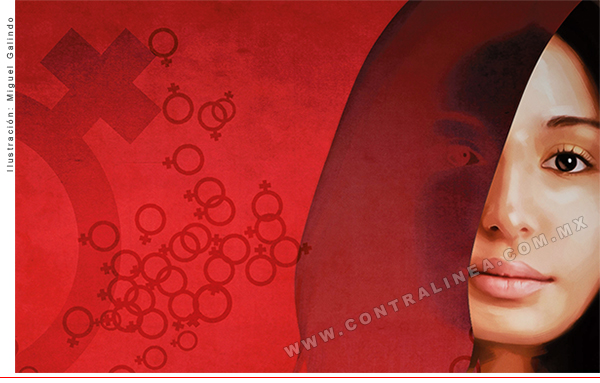 The National Register of Personal Data of Missing or Disappeared Persons, of the National System of Public Security, reports that 7,185 women are missing in Mexico. 96%of the cases date of the last two administrations. 44% of them were under 18 years old at the moment of disappearance. The States of Tamaulipas and Mexico seem to be at the core of it: they represent 31% of the total denounced cases nationwide.

Her sons saw her las time when she was 46 years old. Of brown skin, brown eyes and oval face, they have not had any news of her. They keep the memories: that smiling gesture that smothered the moments of eviction; the advices of a mature woman that reached even the third generation of the family, the grandsons…

That 22nd of December, prelude to the Christmas celebrations, María Dolores Rizo Juárez disappeared. These absences that in the Mexican context are epidemical; they are no exception. Those lines hardly enable to make the most elementary counting. It is impossible to put every name; the compound of mutilated dreams.

According to the official statistics –incomplete, unprecise, as the Committee of Enforced Disappearances of the United Nations has stated-, 7,185 women have disappeared in Mexico. 52% of them have occurred during the current administration.

María Rizo lived with her husband in the Municipality of San Mateo Atenco, in the central area of the State of Mexico. She used to take care of domestic labor, but also used to work in a double shift as an aid in the canteen of a known paint factory located in Tepexpan.

It was a Saturday; 21 days before Enrique Peña Nieto had assumed the presidency of Mexico. María did not show up at work, a quite unusual case. The clock markers with their relentless “tic tac”, were indicating over 22 hours, but the short-hair woman did not show up. Her sons were desperately looking for her. The nightfall and its inherent darkness went on without any sign of her.

Three years have gone by since then. The songs of the Conjunto Primavera and of Rocío Dúrcal, the preferred one of María Rizo did not resonate anymore in the house. There is no trace of her, nor any truth or peace for her family. The fact that the case was known by the state and federal authorities hasn’t been of any help: by the Attorney General’s Office of the State of Mexico, the Attorney General´s Office of Mexico (PGR) and the very own Secretariat of the Interior (SEGOB). 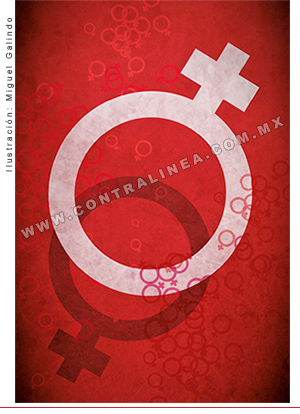 The pretrial investigation that was started lacks any line of investigation and status, assures the family. Furthermore, the case which currently is at the Regional Assistant Attorney General’s Office of Texcoco at the common bureau and not under the care of investigations about disappeared persons, as refers Marisol Méndez Rizo, her daughter.

96% of the cases of disappearances of women that are accountable at the governmental register date back to the last two governments: 3,144 cases occurred under the administration of Felipe Calderón Hinojosa and 3,725 under Enrique Peña Nieto. The latter one has reached barely the midst of his term. Only 41 cases come from another administration; 29 of them of the one of Vicente Fox Quesada.

The official database reveals that thereof 45% (3,228 cases) of the total disappearances in Mexico are adult persons, women between 18 and 59 years. Others, the 2% (158 cases) are 6o years old or above. It must be highlighted that 3,133 cases, equivalent to 44 percent, are teenagers and girls, i.e. they had not reached 18 years at the moment of disappearance.

Concerning the nationality, it is known that the bulk of the disappeared women are of Mexican origin; inasmuch the data is unknown for 728 cases. The 56 women that remain are foreigners, 35 of them born in the United States.

The details states are taken off the National Register of Data of Missing or Disappeared Persons, an information source of the National System of Public Security consulted by Contralínea by the end of August 2015. It is fed by the denouncements presented before the agencies of the Public Ministry, both of the federal as the common jurisdiction.

The register however, does not give account on the totality of disappearances that occurred on Mexican territory: it does not include the persons that were located; it excludes uncountable cases that lack any formal denouncement before the authority; and regarding the cases that appear in the federal jurisdiction, it solely contemplates the investigations initiated from January 2014.

By June of the current year the official base accounted 26,029 persons reported as missing. Among them women represented 28% of the cases.

“Anyone whom, based on the reliable information of family members, close or related persons, that had declared her as disappeared under the conformity of the internal right, which can be related with an armed international conflict or not, in a situation of violence or disorder of internal type, a natural catastrophe or any given situation that could be required the intervention of a competent public authority”, is how the Mexican State defines a disappeared person.

Tamaulipas and the State of Mexico, the hot spots

In the issue of disappearances of women and girls in this country, Tamaulipas and the State of Mexico, in that order, are the hot spots. In the first entity 1,185 cases took place out of the ones that are placed in the pretrial investigations of the federal and common jurisdiction; in the second, 1,023.

Hence Tamaulipas and the State of Mexico together represent 31% of the total cases of disappeared women and girls denounced nationwide.

Baja California, Nuevo Leon and Coahuila-entities that same as Tamaulipas arte located in the northern area of the country- follow in the list of major occurrences, with 580, 551 and 414 respectively. These are listed in order of importance as following: the States of Guanajuato, Puebla, Jalisco, the Federal District and Chihuahua. 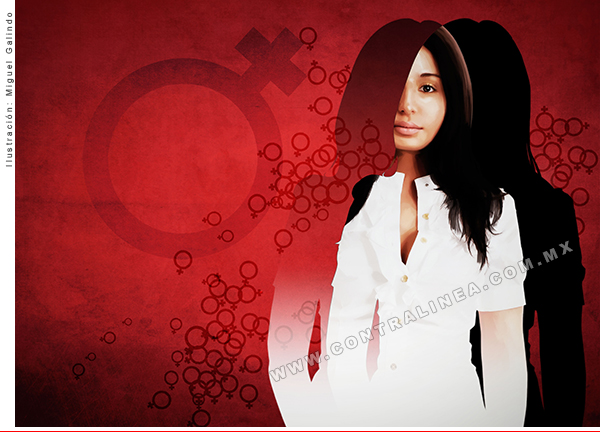 Out of the analysis of the particular case of Tamaulipas it is possible to identify the municipalities that register the most of the cases of disappearances of women. They are the most populated, among them the capital city of the state: Matamoros with 266, also Reynosa with 234 cases, Nuevo Laredo, 184, Ciudad Victoria, 125; and in Tampico 99. In these five jurisdictions 908 cases sum up, representing 77% of the totality of cases of disappearances of women occurred in the state governed by Egidio Torre Cantú.

This phenomenon also is stirring up in some of the most populated municipalities of the State of Mexico. The most alarming numbers correspond to Toluca de Lerdo, its capital; to Nezahualcóyotl and Ecatepec de Morelos. These three municipalities sum up 319 cases (135, 109 and 75 respectively), which account for up to 31 % of the total disappearances of women registered in the entity.

49% of the disappearances in the State of Tamaulipas are adult women between 18 and 59 years old; those under age represent 22% of the total cases. This situation is reverted for the State of Mexico, where 54% are under age and 44% adult women.

The disappearances, “from the hypothesis to the confirmation”

“In 2010, the issue of the disappearances of women was a hypothesis. Today it is confirmed…” This has been said by María de la Luz Estrada Mendoza, executive coordinator of the National Observatory of Feminicide, after it was informed of the verdict by the National System to Prevent, Attend, Sanction and Eradicate the Violence against Women-made up by the heads of 10 dependencies of the public federal administration and of 32 mechanisms for the progress of women in these federal entities-, that in its session on the 28th of July 2015 resolved to declare the Gender-based Violence Alert (AVG) for 11 municipalities of the State of Mexico.

Thereby the Mexican government recognized at last –after a battle that prolonged for 5 year and that reached even the courts of the Judicial Power-, the existence in the State of Mexico of an increase of the human rights violations of women within the public and private sphere that, in a significant number of cases, has ended up in feminicides and other types of violence.

This recognition would come along with a release of the official statistics, the one that had remained hidden until then. By request of the interinstitutional and multi-disciplinary group that was conformed to attend the request to the AVG aforementioned, the government of the State of Mexico, headed by Eruviel Ávila Villegas, reported that in 2005 until 2014, 4,281 women disappeared in this entity, mostly girls between 15 and 17 years age. Among them 2,272 were located: 2,632 alive and 95 dead.

With these elements the interinstitutional and multi-disciplinary group (integrated by the Attorney General´s Office of Mexico, the Secretariat of Social Development, the Secretariat of Health and the National Council for the Prevention of Discrimination) confirmed the hypothesis, i.e. the existence of a “serious problem of disappearance of women and in particular, of girls and teenagers in the State of Mexico, that is sharpening specially in the municipality of Ecatepec”.

Consequently the group recommended to operate all actions required for the immediate search and location of these girls and women reportedly disappeared, as well as to warranty the adequate investigation and sanctioning of the responsible ones of these occurrences.

The members of the group also emphasized the necessity to revise the cases of disappearances thoroughly with the aim to identify the likely negligence on behalf of the public servants in charge of the investigation, and in that event, start the corresponding administrative or penal procedures.

As it warned, some family members of disappearances women have warned that there were no verdicts nor damage compensation, furthermore that the authorities of the justice procuration did not take seriously their cases and repeatedly suggested that the victims left on their own feet, which as a result meant that several hours and days had to go by before presenting their denouncements for disappearance, or even beyond, that the authorities solicited money to start or continue the investigation.

The State of Mexico, the war for the numbers

Throughout the mechanism of transparency, the Attorney General´s Office of the State of Mexico informed the National Citizen Observatory of Feminicides that between 2011 and 2012 1,258 women disappeared in the entity. However, in the National Registry of Data of Missing or Disappeared Persons are listed in that same period of time 132 cases, a lesser number.

Later on the authorities of the State of Mexico reported that the interinstitutional and multi-disciplinary group that was conformed to attend the request of the AVG in the entity, that out of 4,281 cases of disappearances of women occurred between 2005 and 2014,2,727 were located, by which 1,554 cases remain pending of resolution. As a contrast to this, the National Register reveals the existence of 798 valid cases that date of this period, a number equally lesser.

The latter puts in evidence the disparity between the numbers contained in the databases of the several official sources, and therefore, the relevance so that the Mexican State relies on trustworthy statistics.

For the realization of this work, an interview with Nelly Montealegre Díaz, head of the Special Prosecutor’s Office for Offenses of Violence Against Women and Human Trafficking. Throughout Víctor Suberza, Assistant Director of Diffusion of the PGR, the prosecutor dismissed the petition under the argument that the Mexican government lacks precise data on that issue. 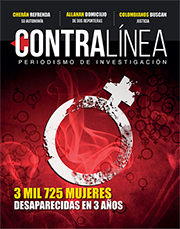